Gray
Custom Colonies are a gameplay element in Cattails which was added in the v1.1 update. The player can unlock the ability to create their own colony by completing the main quest. The colony is led by the player. The colony's resident cats, name, and structures can be customized.

After completing the main quest, the Forest Guardian grants the player a Token of Authority to claim a map tile for their colony's capital. Any unclaimed tile on the map, except locked areas (colonies, mines, and The Sacred Temple) can be claimed. The player cannot customize their colony's territory color. The colony capital will appear dark gray on the map, and claimed areas light gray. The player will be granted the eight tiles surrounding their capital upon their colony’s creation.

When the player creates a custom colony, all of their items, mate, and kittens, if applicable, will move with them. The player can place customizable resident dens, which cats will move into, and structures in the colony's capital in the Build Menu by speaking to Coco. The player can also change their colony's name or emblem by talking to the cat.

Six cats will move into the custom colony after their individual dens have been placed down. They are a doctor, guard, shopkeeper, and three marriageable cats. All six cats can be customized with the Recolor and Rename Token. They have a friendship system and will attend festivals. Coco is a unique NPC who assists the player in their colony's development by supplying items, which can be bought with Mews. 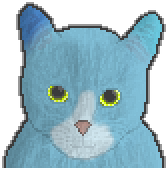 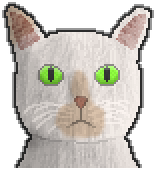 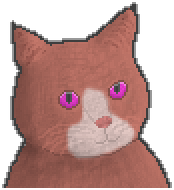 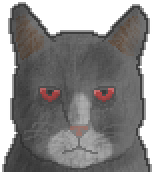 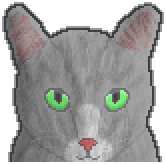 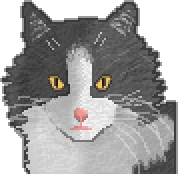